The project aims at drawing several tourist routes where those interested can find Lipovan Russians’ of Romania. community values.

1 What are the most important historical religious, architectural and cultural sites for Lippovan Russian community in your area?
Please indicate if these objectives are part of the UNESCO world heritage, cultural heritage at national or local level.
In Sulina town we do not have specific historical objectives of Lipovan Russians, but we have a relatively new church, with specific Russian orthodox architectural style of XV Century specific to all Lippovan churches in Dobrogea. This is often visited by tourists from Romania and abroad . We believe that it is part of the local cultural heritage of the Sulina town.


The church was built between 1991-1995. The Coordinator and soul of labors for the construction and equipment of this church was late father Savin Danilov and construction was done with the contribution of all Staroveri parishioners in our country and abroad, mainly in the U.S. and Canada, other inhabitants of Sulina, Old Rite Orthodoxes or other ethnicities also contributed. A special contribution was the one of the Romanian state.

2 - What other relevant objectives for your culture and traditions inside the community can be visited in your town - memorial houses, libraries, etnographic museums, county museums including local minority sections, statues, monuments, cemeteries. 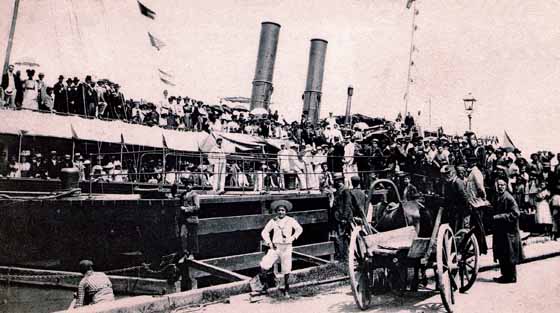 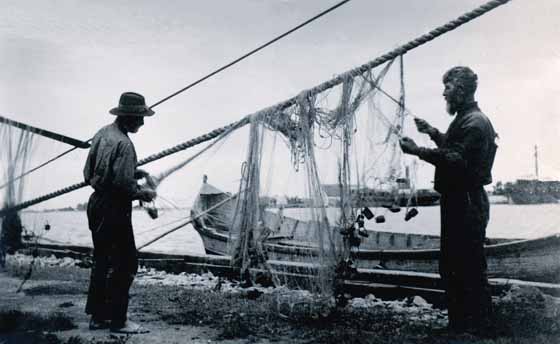 Russian Lipovan fisherman in Sulina in 1940 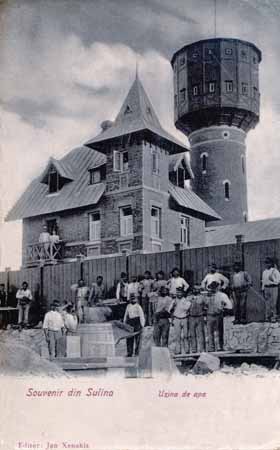 Construction works at the water plant. 1904 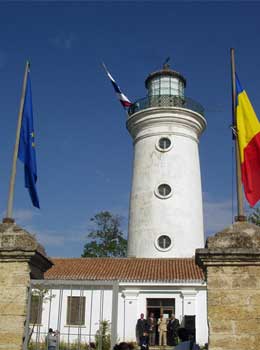 Sulina is a multiethnic city, this was specific all along its existance. Currently it has a number of tourist sights that are part of the national heritage and county (city lights, marine cemetery and many other buildings, hydraulic structures that are unique in their originality). Since this city is known to Lipovans significant presence for over 120 years, all that has been achieved here is their contribution, they were known as good and industrious workers in all occupations in the city and in all existing functions in all period and at any level. Lippovan cemetery located within the cemetery of Sulina is also visited by tourists.

3. what major cultural events may be or are being organised around the mentioned objectives, at headquarters of your communities, such as museums, libraries, cultural centres etc? On which dates?

Danube Delta area is renowned in Tourist information literature as listed in the world European heritage and Wetlands areas in Europe inventory. Sulina is a town surrounding the river Danube, known as a wild one. The edge of the town coincides with the margins of the Danube Delta with its unique creatures and plants ecosystem. 2 km away from the city is the sea, with quite a nice beach. On the way to the shore, you can visit the Maritime Cemetery.
North of Sulina one can visit its famous Letea Forest with secular oaks and tropical vines, and before the forest you can visit the village Sfistofca, a very original one. One can visit the majestic Old Rite Orthodox Church, a building of the mid XIX century and the swamp: “channels marsh”. - left of the river below the Palace CED, at the Red Lighthouse you can see an impressive colony of pelicans 8 km towards the Danube delta one can visit the new lighthouse. 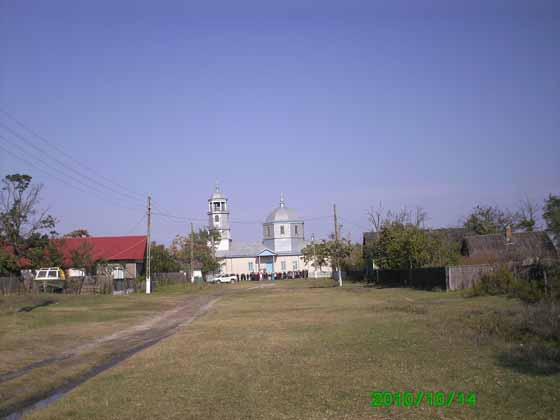 Sfistofca village with its streets perfectly straight, perpendicular crossing one another, and their splendid church, living in memories of better times, long gone 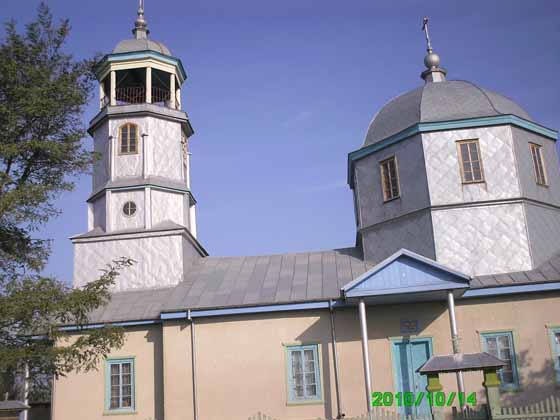 Lippovan Russian Community of Sulina was established in 1992 with the intent to discover, preserve and exploit the respective ethnic traditions and, to this end, in 2001 was established in the city the vocal group: Ciaika, consisting of generally retired resident women in the city. Activities organized by the House of Culture of the city are numerous and diverse, out of which we mention: - 'the Delta Festival, that is held every year usually in the 3rd decade of July. This festival involves the Delta Russian Lipovan, Ukrainians, Greeks, Turks, and other minorities and many guests from around the country.
In the honor of the many fisherman and sailors living in the city, the Navy Day. is organized on 15 August, Saint Mary day. Competitions and performances organized on this occasion are attended by many Lipovan Russians to the delight of tourists coming to rest in Sulina. There are other popular music festivals, performances organized by the seaside, holding a special charm. 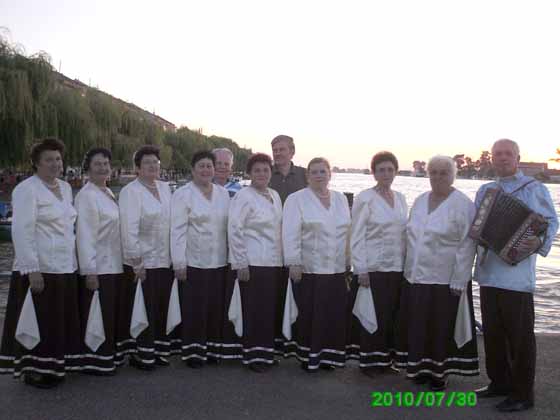 In 2001 the vocal group. Ciaika,, of the Russians Lipovan of Sulina was established.


In the repertoire. Ciaika. includes old Russian songs of Cossack origin, especially those sung in the village Sfistofca in the mid XX century. This group participates in all cultural activities organized by the city government at national festivals organized by CRLR. 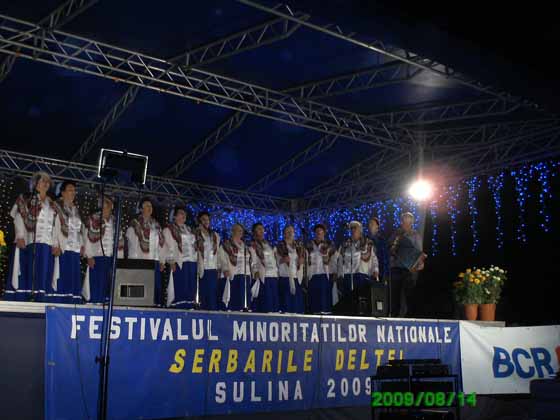 It successfully participates in activities organized in Sulina:,, Feasts of the Delta., of the minorities in the delta. ,, Seagulls” (Ciaika) they're always at up to it. 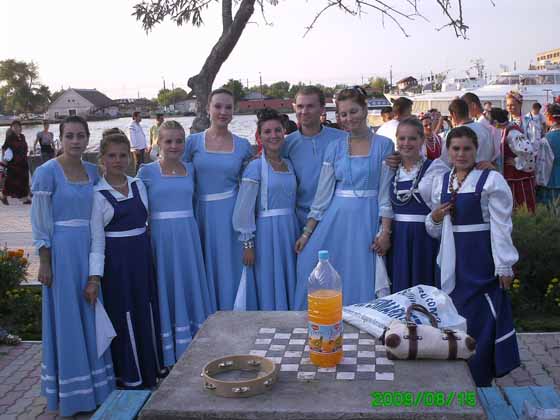 Rusalka vocal group of the community Lipovan Russians in Sulina.

This group made of young Russians Lipovan of Sulina was formed in 2004 and ever since participates in cultural activities organized by the city's Cultural House and the High School Jean Bart where they are students. The high school organises classes of. Russian as their mother tongue. Young people take over from the elder songs they place in their repertoire and present in various shows, so they ensure their perpetuation. 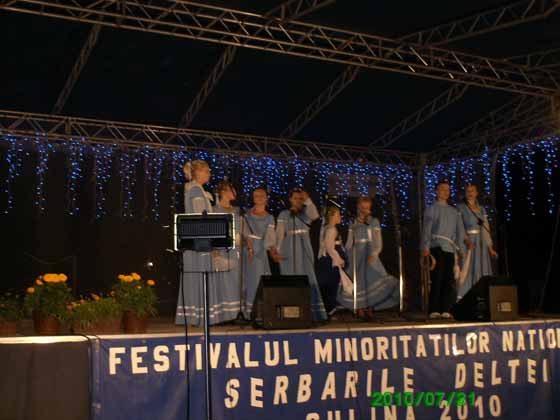 Young Rusalka (Sirens) group does not accept second place to those with more experience and sing joyful and with youthful enthusiasm. Therefore they get first and second place yearly awards. 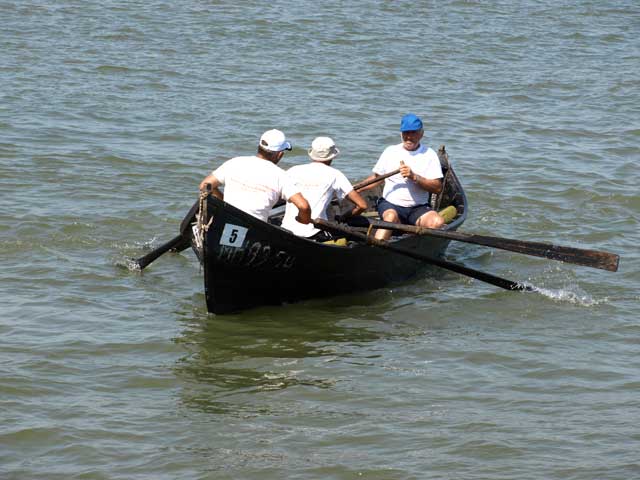 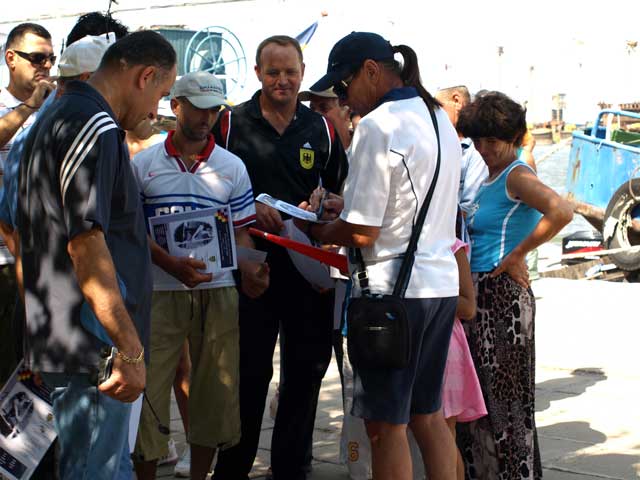 IVAN PATZAIKIN Competition Cup which takes place on Tulcea-Sulina route is an opportunity to prove that Russians Lipovan Super Olympic canoe champion was not an accident but a natural thing, as even today there are vigorous Lipovan young people confirming they are best in terms canoe competitions.


5. What hotels and hostels do you recommend to ensure that the tourist services needed are met? Mention hotels and hostels managed by people in your community or where they speak your own language, where they prepare traditional food and drinks etc. Add web pages, address and phone whence these tourist units are located.